What a Weekend! A MASSIVE thank you from SGS17! Let’s take a look back…

Despite the spots of rain on the Saturday the fun still continued at SGS17 and we were rewarded on the Sunday when the sun shone down on the Showground. Beating last year’s attendance, this year’s South Glos Show saw 29,000 visitors through the gates across the weekend. Let’s take a look at some of the highlights from SGS17…

What did you think of the SGS athletes? The little piggies trot for top pig around our Gregor Heating Main Arena a number of times across the weekend of SGS17 and it was all in aid of our 2017 Nominated Charity, Meningitis Now!

Offering the piggies a helping hand, this year’s special guests, Joel Dommett and Lisa Snowdon were also at the Meningitis Now stand showing their support throughout the weekend of the Show. Helping to raise awareness and funds that are to hopefully exceed the funds raised last year, Joel and Lisa were doing their bit and getting involved in all of the fundraising activities arranged by B&A Group and Meningitis. We are in the final stages of counting up all that was raised for Meningitis Now at SGS17 so keep an eye out for that exciting announcement! 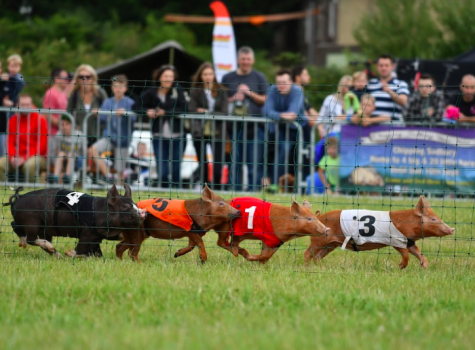 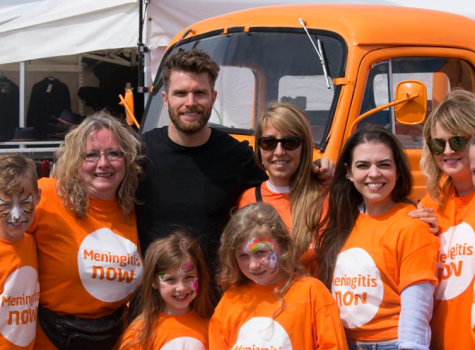 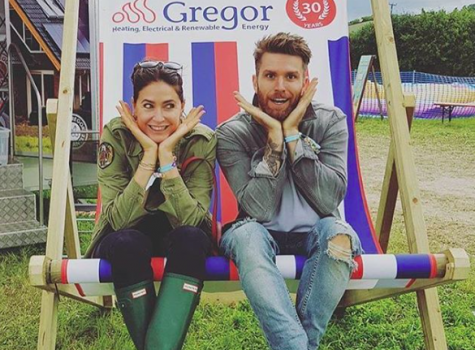 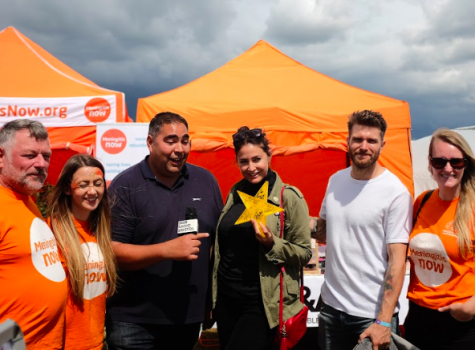 The battle of the Mascots returned…

The all time favourite Mascot Race continued this year in our Chipping Sodbury Motor Company Country Arena. With two new competitors and a running commentary from our special guest Joel, once again the Mascot Race did not disappoint. Mrs Sprinkles from Flavalanche and the Poppy from The Royal British Legion took to the race track against the two lions! Despite their best efforts, the JD Pipes lion, Davy still managed to get 1st place! – What fun, well done Davy! 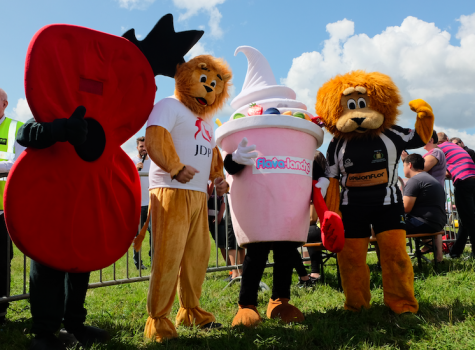 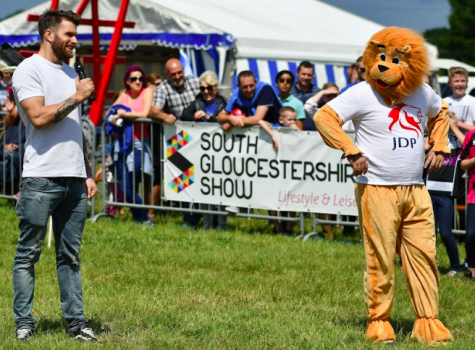 A cycle stunt show with a kick!

Matti Hemmings, professional BMX’er and friends took to the Sprint Print BMX Arena once again this year to provide our guests with a show stopping performance full of tantalising tricks! However, there was a little kick to this year’s stunt show as the BMX guys were joined by professional freestyle footballer, Steve Gray who took to the stage showing off his soccer skills.

Making Steve a part of their Show, the cycle stunt team smashed this year’s BMX Arena keeping visitors intrigued at all times across the weekend. Steve Gray was most certainly a great addition to SGS17 and definitely a hit with the visitors, who knew you could do so much with a football? 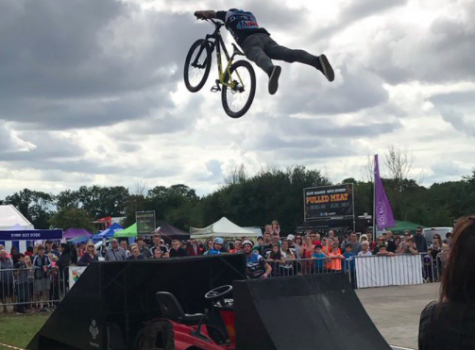 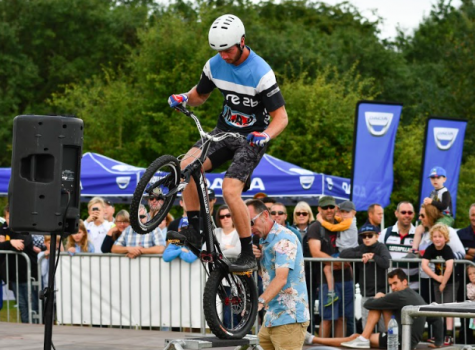 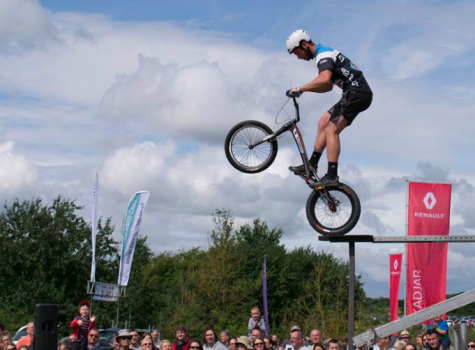 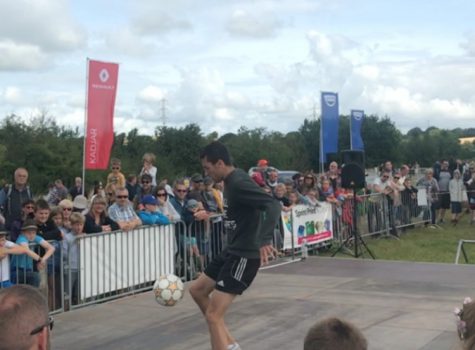 This year’s Show saw lots of ‘wheelie’ amazing entertainment, Steve Colley, the worlds best trials rider made his mark in the SGS17 Gregor Heating Main Arena in the Enterprise Car Club Steve Colley Motorbike Display. Smashing his stunt Show with so many dazzling tricks, Steve was for sure a favourite of this year’s visitors. 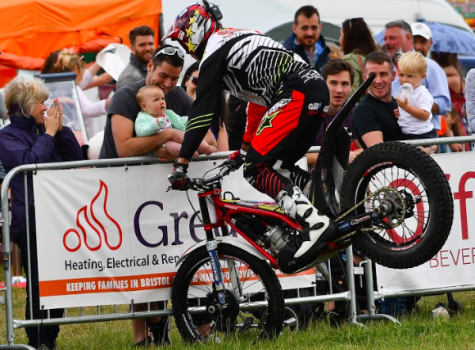 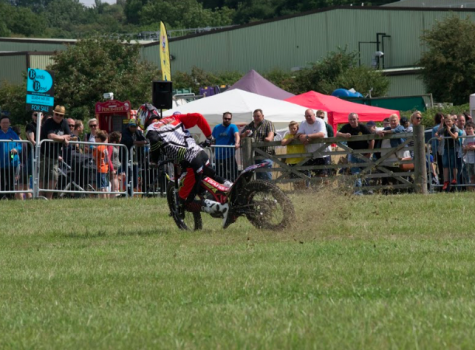 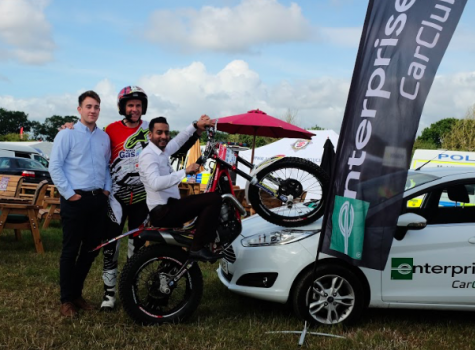 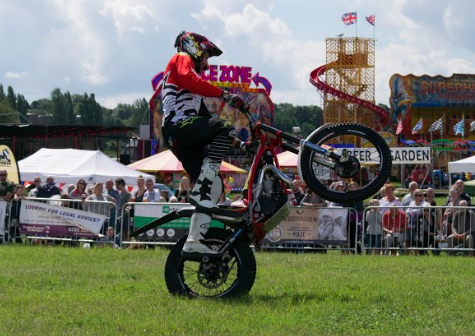 Our fury friends from Rockwood Dog Display put on number of tail wagging performances for the visitors at SGS17 throughout the weekend of the Show. Demonstrating their skills and courage performing obedience and agility, the displays really gave an insight into how clever dogs really are! Concluding with a relay race, the dogs of Rockwood were given the opportunity to be the fastest dog in town as the crowds at SGS17 cheered them on. They definitely deserved a tasty treat after all of that hard work! 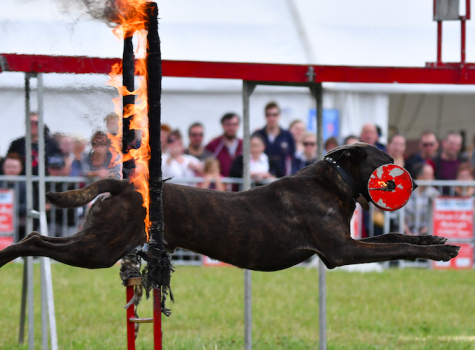 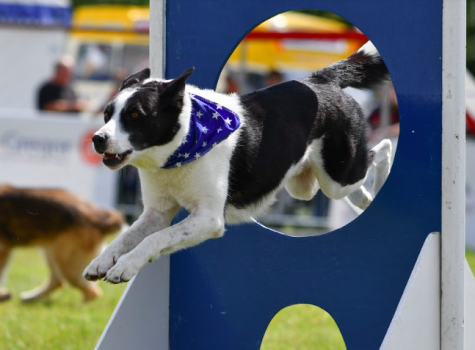 The all time favourite JD Pipes Sheep Show made a baa-rilliant return this year and the audiences were flocking to the stage each time to see those dancing sheep. The Dog and Duck Show also done an excellent job of delighting visitors of all ages at this year’s Show, they were left quacking for more once those little duckies were rewarded with their shower at the end of the demo. 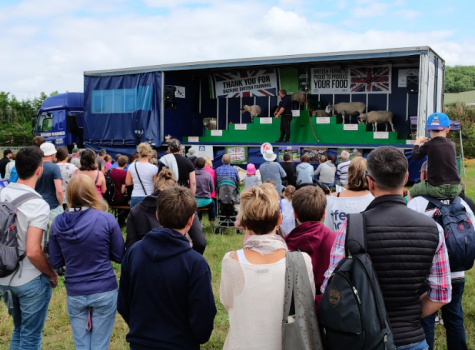 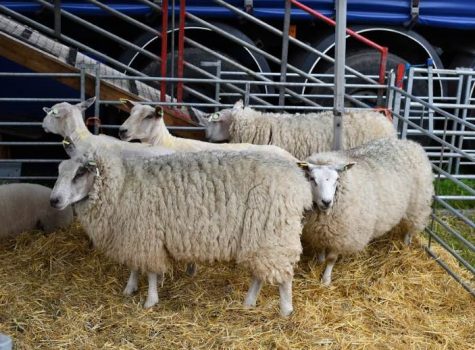 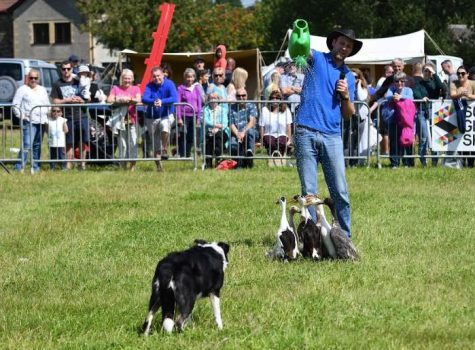 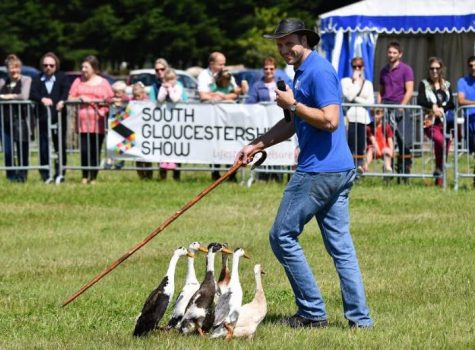 What a Show! A big thank you to all of our Exhibitors, Sponsors, performers, volunteers and of course our guests, the people of South Gloucestershire and beyond. You all make the Show what it is year on year! Keep an eye out for the launch of the SGS17 highlights video and our Gallery full of fab photos from across the weekend. Be sure to join us next year for a big celebration – our 5TH ANNIVERSARY!